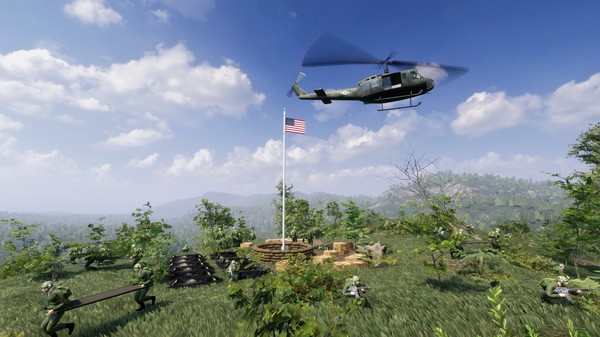 Leave No One Behind: la Drang

In stock
Developer: Gaming 301
2021
Categories: Action, Most Popular, Most Viewed, New and Trending, Popular Games, Recently Updated, Simulation, Strategy, Top Selling, What's Popular
Special offer:
499
You must be logged in to get this game for free.
Log In or Register
1 / 9 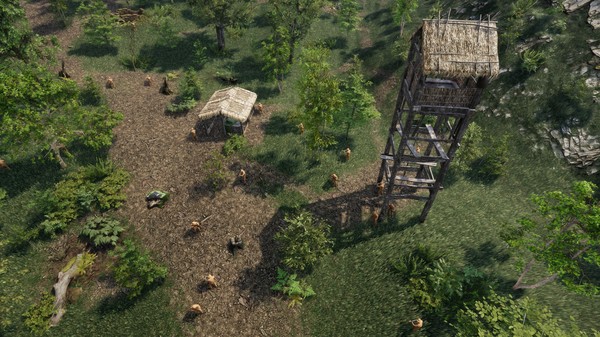 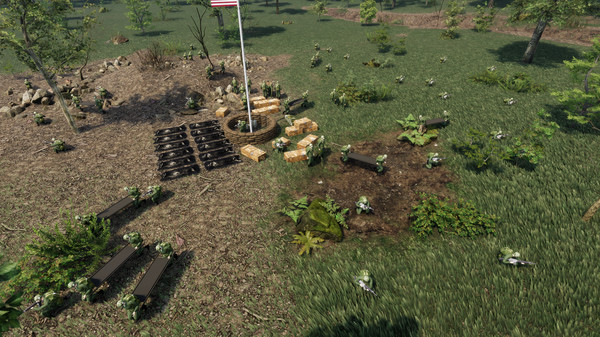 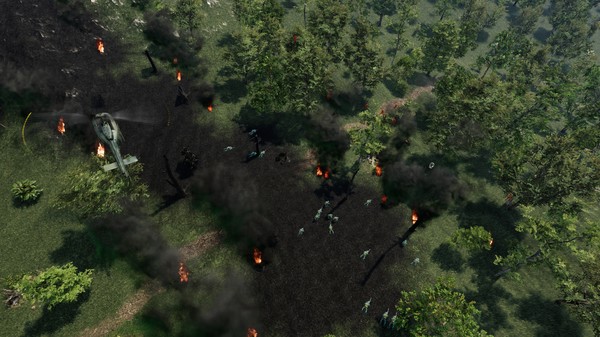 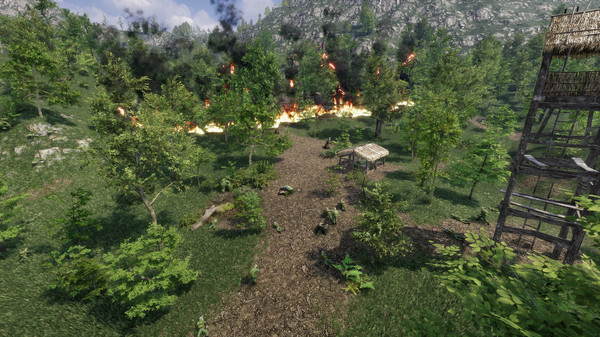 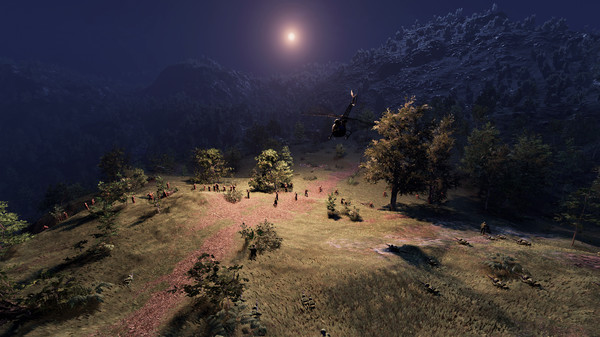 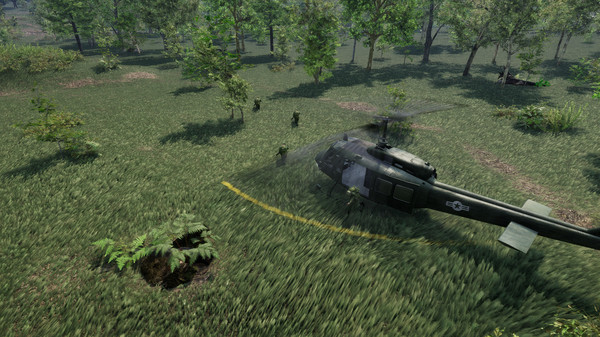 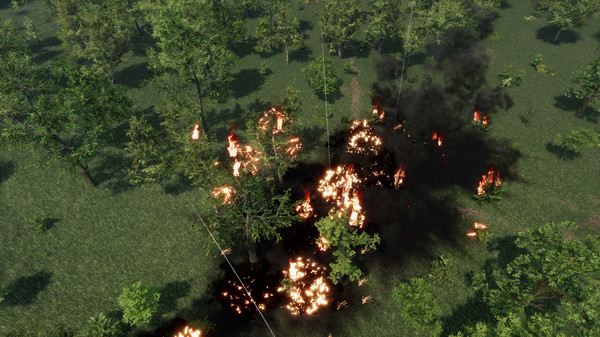 Leave No One Behind: la Drang FREE STEAM KEY


Steam Game Description
Leave No One Behind is a tactical real-time strategy war game. Experience some of the hardest battles fought during the Vietnam War in 1965 between the US Army and the Army of the Northern Vietnam to contro the X-Ray and Albany landing zones and the Plei Me special forces camp.
Main Features
Lead American troops to their key engagements in Vietnam, in 1965, the year when the full commitment of the US forces started. Inspired by and with respect to playability, the game depicts the battles for control of the X-Ray landing zone, the Albany landing zone and the Plei Me special forces camp. However, these battles set the tone of the Vietnam war and the strategy of both sides for years to come. Fresh on the battlefield and thousand miles away from home, American troops must face a tough and determined enemy with superior troop numbers. As their commander, you must confront your enemy with a skillful positioning of your units and the use of artillery and your air support. Helicopters both in transport and combat roles stand for a key component to prevail. Every life matters and everyone should be saved. You should leave no one behind!
The game covers following historical battles
The battles are divided in multiple missions inspired by the true events. Player in the role of American commander must achieve victory conditions to progress further. The game also includes multiple, purely fictional side missions. The missions take place mainly in a daytime, but several nighttime missions are also included.
Environment
The terrain is modelled based on the satellite data and historical maps with respect to playability. In case of LZ X-Ray, it includes the proverbial terrain features which played strategic role during the battle: ´dry creek bed´ as a main line of defense and ´termit hill´ which served as a command post of the American commander, LtCol Hal Moore. The terrain and flora respect the reality of highlands of the central Vietnam where the events of the game take place: plains and hills covered by thick grass and bushes with scattered woody areas.
Infantry combat
The workhorse of the game which bears the brunt of fighting, conquering, and holding terrain are infantry platoons armed with historical weapons (assault rifle M-16, grenade launcher M-79, pistols Colt 1911, machine guns M-60). The player can detach a patrol from a platoon which lacks much of the firepower but is fast and a vigilant observer. The platoons, if not destroyed in battle, collect combat experience, and improve. In management interface of the game, the player can reinforce platoons both with men and equipment.
Artillery support
The artillery is an instrumental tool of support for the American infantry, and it balances the situation when American infantrymen are badly outnumbered, which is the usual case in the game. It can fire classic high-explosive, smoke, or phosphorus ammunition. The aiming of artillery is a critical ability. It takes several seconds before the grenade hits the selected location; the aiming procedure utilizes the grid with coordinates.
Air support
Bombers are yet another critical asset of support for the hard-fighting American infantrymen. In the game, they are featured by a single engine A1-Skyrider on one hand and majestic B-52 flying fortress on the other hand. Needless to say, the armament consists of napalm bombs which are attractive not only for their devastating effect on the enemy infantry, but also for the stunning visuals they provide.
Helicopters
Helicopters became the symbol of Vietnam War and rightly so. They provided mobility for the American troops in the conflict without frontlines which was mainly fought in difficult terrain with no road infrastructure. Within the game, Bell UH-1 Iroquois as troop carriers (´slicks´) mean the bloodline for reinforcements and ammunition necessary to sustain intensive battle. The same type of helicopters in different configuration serves as gunships providing flexible and timely fire support. Finally, the player will have much smaller Hughes OH-6 in his inventory as fast scouts.
Management
The game features simple economical system where points gained by success on the battlefield serve as game currency for procurement of reinforcements, equipment and artillery, and air support. If the fighting gets hot and player scores high enough headcount in short time, he or she can enable the option ´broken arrow´ when air support is free and unlimited.
Leave No One Behind
It is not just the game´s title but also one of the game´s mechanics. Dead and wounded soldiers are collected by stretchers and should be airlifted by helicopters back to base. If the player ignores this principle, he or she will suffer penalization in point´s gains. Dead or alive, all American soldiers should return home!
A remark on historical accuracy
The game is inspired by the true events of the Vietnam War and employs many principles and mechanics based on real combat tactics. The game was developed with respect to bravery and sacrifice of soldiers who fought on both sides. The great source of inspiration for developers is the book We Were Soldiers Once… and Young by Lt. Gen. Harold G. Moore, who led the soldiers of 7th Cavalry to LZ X-Ray, and war journalist Joseph L. Galloway. Whoever is interested in the true history of the events which were the source of inspiration for the game, the reading of this book is highly recommended.

How to get Leave No One Behind: la Drang Steam Key FREE!

1 - First step is to register as the member
2 - Choose an offer available and make sure you choose the one that's giving you lots of coins
3 - Complete the offer you have chosen, you must use real information to complete an offer / survey
4 - Get coins instantly to your account
5 - Unlock Leave No One Behind: la Drang