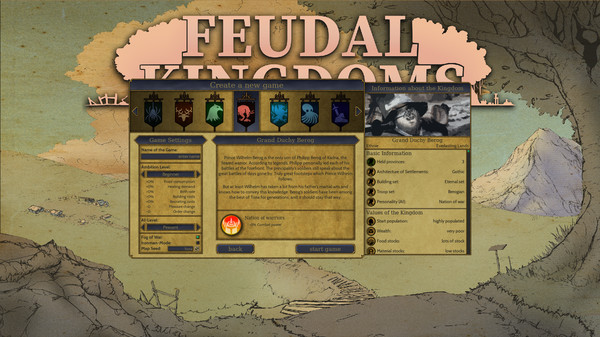 In stock
Developer: Blood and Pixels
2021
Categories: Indie, Most Popular, Most Viewed, New and Trending, Popular Games, Recently Updated, Strategy, Top Selling, What's Popular
Special offer:
499
You must be logged in to get this game for free.
Log In or Register
1 / 6 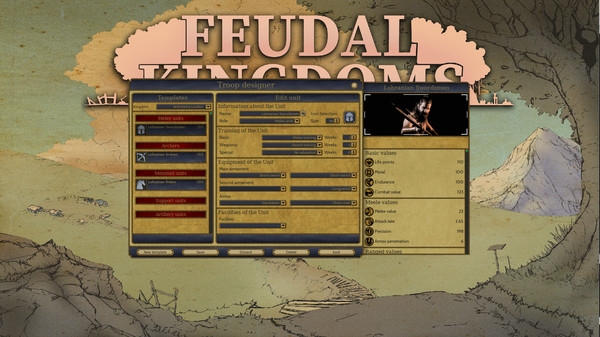 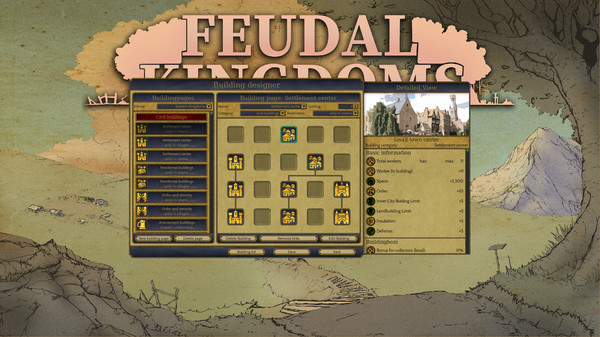 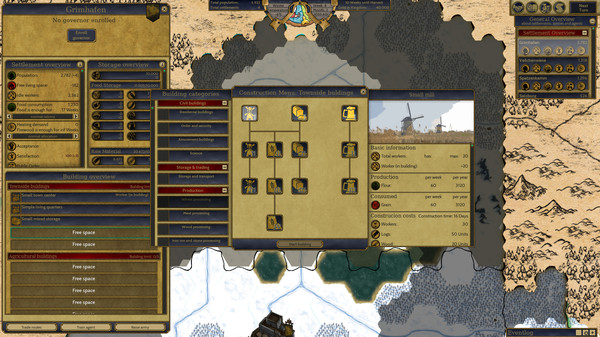 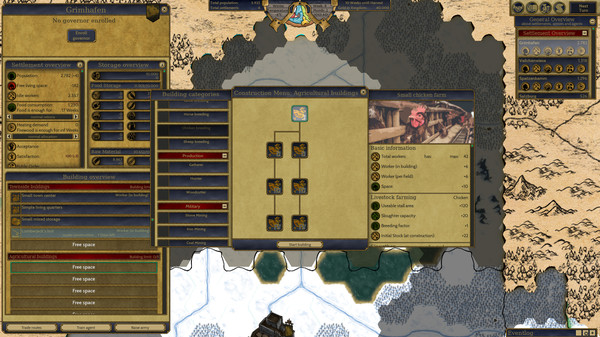 In no other grand strategy game are so many details and impacts in the own game strategy than in Feudal Kingdoms. The villages / settlements with their inhabitants need food to survive, most of which is grown on fields. The season will also influence the possibilities. In winter for example the ground will freeze, this will lead to starving inhabitants as soon as the stock goes empty. If you want to expand your kingdom and will start a battle against other kingdoms you need soldiers. Soldiers are farmers which need to be recruited. But the farmer will be missed as a food producer. Soldiers who died in battle will be gone. Therefore the birth rate and population density can go down or even decrease. Many factors have to be taken into consideration and every king has to decide if he will expand his kingdom but fort he cost of a weak nation.

Every settlement has his own stock of different foods, fur, wool, so as on weapons, armor and many other items. Also armies need enough stock of food in their inventory for their campaigns to prevent starving or moral loss. That might seem obvious but has a big impact on the upcoming features and agent interactions.

There are three types of agents: The henchmen, aristocrats and noblemen

They can interact across the boundaries of their own settlement. A henchman has the skill to destroy a food stock of a village from another kingdom with a fire. If this happens in winter, the inhabitants will perhaps starve. In Feudal Kingdoms you can weaken your enemies without starting a brutal war.

The noblemen have the responsibility to manage your settlement but they can be also used as military leader in conquests.

Game Content
Kingdom selection
When starting a new game, you get to choose from a set of pre-defined kingdoms, each of them with their own history and traits. This grants the possibility of choosing the right starting conditions for your preferred play style.

Settlement overview
Each settlement comes with a bunch of attributes indicating the condition of its citizens. Are your people happy? Is there enough wood on stock in preparation for the next winter? How many vegetables will be available after the next harvest? Do I provide enough living quarters, and do I have enough manpower for the next iron mine?

This and much more require a fair amount of micromanagement.

Furthermore, each settlement has a certain amount of buildings that can be built within city boundaries, like schools for example, and a defined amount of agricultural structures outside of the city like a sheep farm, which is essential in cloth production.

Research
Educational buildings like schools and libraries generate research points. These points can be spent in your research area to further customize your game experience. Do you prefer a more economic approach or rather rule the world with a strong army? What about the social aspects?

Rising your troops
(work in progress)

We created an easy but powerful tool so you can build your army as individually as possible. Combined with various research options you are able to raise armies as specified as you want. Whether your army is specialized in melee combat or a combination of range, melee and mounted units is up to you.

Recruit your agents
Agents are an important factor in your kingdom. There are three types of agents with their own set of skills, boosting your power in both social and military aspects.

The Henchman - use him as a spy or assassin. Which way do you prefer? Assassinating enemies or undercutting enemy territories and tearing them apart from the inside?

The Aristocrat - a more reputable type of character. At least at first glance. Tricking an enemy faction into lucrative trade agreements or maybe the formation of strong alliances. Its up to you.

The Nobleman - not only a good leader for your army but also an excellent personality for managing your villages and cities.


Other already available mechanics contain a large set of buildings that form unique production chains and the possibility to set up automated trading routes between your settlements.

After all, there is a whole world discover and conquer … or unite.


How to get Feudal Kingdoms steam key free

1 - First step is to register as the member
2 - Choose an offer available and make sure you choose the one that's giving you lots of coins
3 - Complete the offer you have chosen, you must use real information to complete an offer / survey
4 - Get coins instantly to your account
5 - Unlock Feudal Kingdoms cd key